Be better today than yesterday

You could say I dislike my own limitations... and that I have the uncommon habit of looking too far ahead, searching for areas I can explore and push my own abilities, more often than not beyond what I ever thought possible. But that is what puts a smile on my face.

The Making of a Foiler

Today I call myself a Hydrofoil rider. My current rides consist of 4 eFoils, custom Kitefoil, SUPFoil and Wingfoil.

It sounds like a lot of toys …  but, have you seen the smile on my face?

How did I get here you ask, was it pure coincidence or a carefully laid out plan? In my case definitely planned, it’s taken the best part of 17 years and is an ongoing process with no finish line in sight. Here’s a few snippets of my journey … so far.

At the end of 2004 while setting up a worldwide 3D clothing display internet company in New Zealand, a friend of mine, Adam Schofield showed me some photos of a sport I didn’t know – Kitesurfing. I was intrigued, but far too busy building a complete company, designing a website and internet strategy to pay proper attention – Brazilclothing.com was in full swing.

As I wasn’t stopping my long hours of self-imposed slavery, he suggested I see a movie – Step into Liquid. Wow, now I was well and truly convinced. Seeing Laird Hamilton being towed into mountains of water riding a silver horse called a Hydrofoil totally messed with my mind. I was hooked!! I wanted to ride one of those.

Immediately in my mind I put together the 2 sports, Kitesurfing and Hydrofoiling. No one was doing it together but I knew it would be possible .. in theory. There were a couple of problems however – I knew nothing of kitesurfing or how to surf any type of craft or board. I know, it sounds crazy. But that was not a deterrent for me – on the contrary, it gave me goals.

Let’s fast forward to 2006: I moved to Australia and decided it was time to learn to Kitesurf. Adam came to my rescue again providing much needed guidance. I quickly grew tired of TwinTips and switched to Kitesurf boards. For a continuous supply of waves I swapped Sydney for the Gold Coast, I’ve been here since as it is sunny and warm, and I have waves everyday. It’s a Paradise I don’t want to holiday from.

So, Hydrofoiling … let’s not get side tracked.

In October 2013 I was ready to climb the next mountain. I emailed the 5 companies at the time researching and building Hydrofoils and MHL Custom responded straight away with “We’ll make anything you want”.. pure music to my ears.

Following a quick phone call to Nicholas Leason from MHL Custom, to make sure I was talking to the right people, I bought my first Kitesurf Hydrofoil board .. since then I’ve had quite a few Kitefoil boards. The hydrofoil was called Lift, and it was the first ever to be shipped to Australia. In time the company became Liftfoils.com. It’s been a blast… Oh My, what a ride. 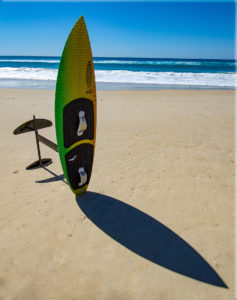 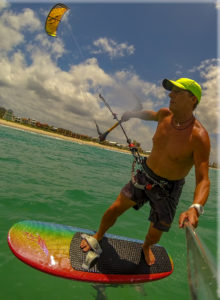 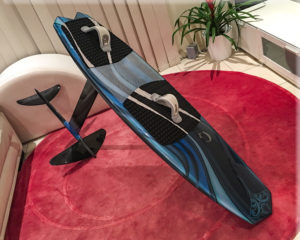 Being at the forefront of the sport had its downfalls, I had no one to learn from. There were NO other kitefoil riders on the Gold Coast so my learning curve was hard, I mean, real hard LOL. There were dozens of falls before I could ride a hydrofoil without touchdowns. The process provided my mates with material for hilarious tirades and friendly abuse, everyone was really amused … why was I wasting time with such ill concocted invention, clearly not designed to succeed. I was labelled a fool but they eventually grew tired of ‘paying’ on me. That was of course until I turned up at the beach to try again. I had gone straight to waves and missed the flat water altogether, that just made it more challenging.

And all this was before Kai Lenny started publicly riding foils and making them famous. There were no Sup or Prone foils around anywhere at that stage. I kept asking for changes to my boards from Nicholas and he designed me a hybrid surfboard that I could ride with or without a foil – it was the first of it’s kind (see green board above). Perseverance and hard work pays off as by 2014 I was riding big waves in Indonesia. 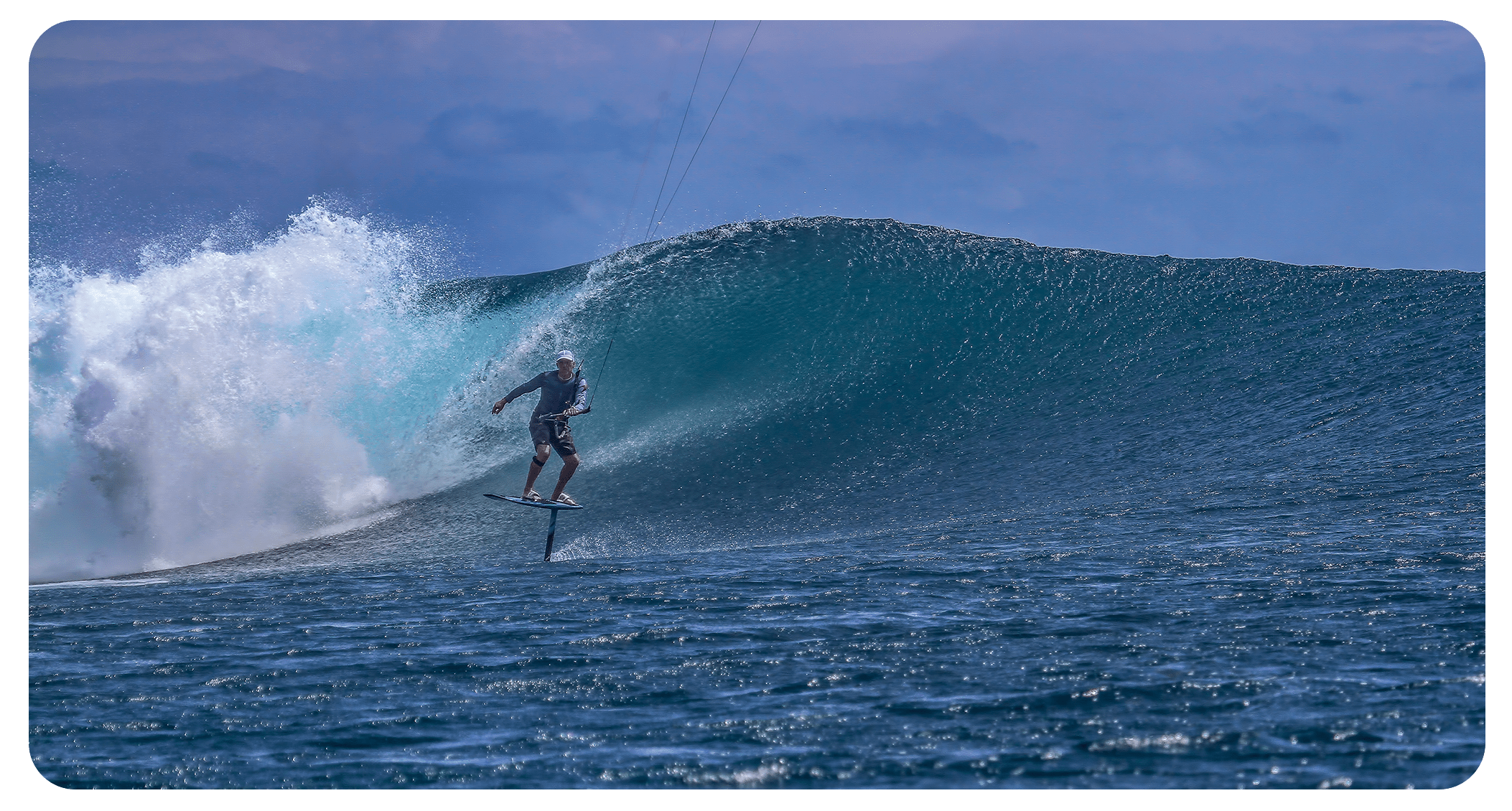 Around the time I bought my 3rd kitefoil Nicholas Leason from Liftfoils told me he was working on the ‘future of hydrofoils’.
Sworn to secrecy I joined the underground foil society and was told about the electric hydrofoil plan. It was still at concept stage and there were no pictures or prototypes, it was all on Nick’s mind. Freck Hell I was definitely in.  I placed an order immediately even though I knew it would take a long time before I even saw one, much less own one.

Late December 2017 I was allowed to confer with the Liftfoils artist for a custom paintjob for my board. Like every one of my toys from MHL Custom, it would be a one-off. In April I paid for my board and was promised it would ship at same time as Laird’s and Kai’s .. I was in good company LOL. My Cherry Ferrari arrived in late April 2018. 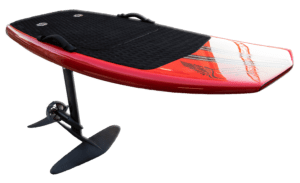 I was the first in Australia to own an eFoil – that’s what Nick and I decided to called it. The name quickly took hold and it’s now a classification eheh.

It is hard to believe it’s been almost 4 years, so much has happened. Hydrofoiling went from “it’s a fad” to being the board of choice for every surfer, SUP and Windsurf rider. Prone foiling has soared to unimaginable heights of the sport. New experiments such as WingFoiling are quickly evolving and taking hold. It’s a pleasure to be a part of it.

I also created eFoilgc.com the first eFoil School on the Gold Coast as it is by far the safest and fastest way to teach Hydrofoil’ing. After a lesson with efoilgc.com you can take your learned skills and choose which part of the sport is best for you – being eFoil, SUP Foil, WindFoil, Surf Foil (prone) or Wing Foil.

What awaits me next is uncertain, but I have no intentions of slowing down anytime soon … I’ll keep you posted.

Thank you for your attention and welcome to being addicted. Send me an email for a chat or better still - book a lesson. Vasco (V) Vellez